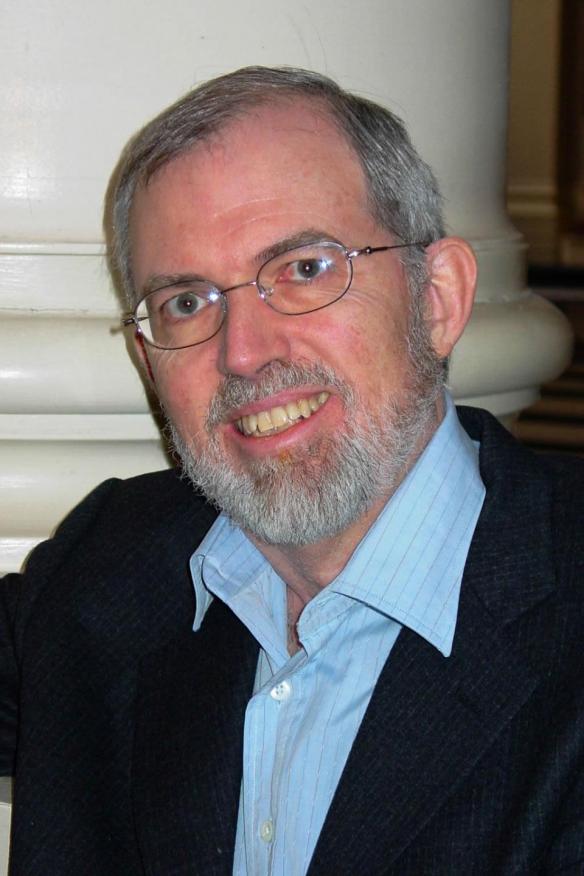 (On the occasion of what would have been Forrest Church’s 71st birthday, and on the eve of the 10th anniversary of his death, I’m offering a tribute remembrance of Forrest, adapted from my book “Life’s Too Short for Anything But Love.”)

I met Forrest in the aftermath of 9/11. We made a connection in New York City while Priscilla and I were enjoying the east coast leg of a sabbatical. How we actually came to meet in his office at the corner of Lexington Ave. and 80th St. was a mystery to us both, through a happenstance e-mail, as best we could figure. Regardless of the manner of our meeting, his gracious hospitality and kindnesses were, as they always would be, consistent and enduring, the stuff of which dear friendships are made. I was glad to offer a poetic piece to a book he was putting together then (Restoring Faith: America’s Religious Leaders Answer Terror with Hope). I was also glad when he began making stops at Community on his book tours, as he read from “Freedom from Fear,” “The American Creed,” and, on his last tour through Kansas City, “So Help Me God: The Founding Fathers and the First Great Battle Over Church and State.” But an even greater grace was the sheer joy one could share with Forrest, talking baseball, politics, theology, family dynamics, books, history, barbecue, Idaho lore, New York City wonders, and the blessedness of the pastoral life.

In addition to pastoring the membership of All Souls, Forrest was the author or editor of 25 books. His last book, “The Cathedral of the World: a Universalist Theology,” served as a shining summation of his overarching theology and life commitments. Forrest also served in leadership capacities throughout New York City, and offered commentary for CNN, ABC, NBC, and CBS news, as well as for National Public Radio.

Beyond Forrest’s faults and failings, which he knew and confessed were many, he can be remembered as an extraordinary human being. Forrest’s family will gratefully recall how his love and care were persistently, passionately present. History will show him to have been an outstanding clergy leader, guiding the All Souls Unitarian Church in New York City to become the flagship congregation of Unitarian Universalists in the United States. All Souls congregants will surely witness how the love they shared with their pastor was exemplary and life-changing, the way all ministers hope relationships to be. Friends will attest that his open-heartedness was rare, fine, and a blessed source of encouragement.

It is likely that Forrest’s most lasting legacy will turn out to be the manner in which he faced death, after learning that he had esophageal cancer in 2006. Joyful to the point of buoyancy, Forrest’s posture of gratitude for daily grace afforded him enough time to complete three more books. And good for all his thankful readers, each book set forth a distinct aspect of his public life: his conclusive historian’s assessment (So Help Me God), his overarching pastoral perspective (Love and Death), and his final theological statement (The Cathedral of the World).

In honor of Forrest’s life and legacy and in celebration of his amazing graciousness in the midst of life and death, I offer here a poem which was a gift at the occasion of his 60th birthday celebration.

IN THE WORLD’S CATHEDRAL
(for Forrest Church)

And so we gathered, and so he made it,
as he said he could, as we knew
he would, to the hallmark birthday,
and all because of the radiance,
ablaze in his eyes,
which he borrowed fully
from the light, always slanting,
shimmering, with audacious freedom,
in the world’s cathedral.

As son, husband, father,
prophet, poet, priest,
all these, and friend, too, he said
what he had been saying
all along, the one thing
that always wins, always lasts:
our tears in another’s eyes,
flowing from the source
that conquers every fear.

We told him good joy,
we returned to him what he had given
freely, a glad, grateful peace,
which he grants, even now,
to those here and to those coming
in a new legacy, and this too:
the best courage, the best oration,
the best oblation is love. Love. Love,
his for us all and ours for him, forever

Remembering Cynthia Wesley, Carole Robertson, Addie Mae Collins, and Denise McNair who were killed by white supremacist terrorism in the bombing of the 16th Street Baptist Church in Birmingham, Alabama, 56 years ago on the morning of September 15, 1963. 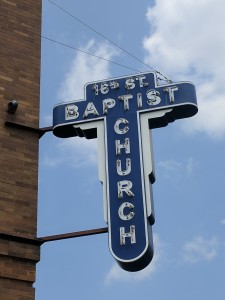 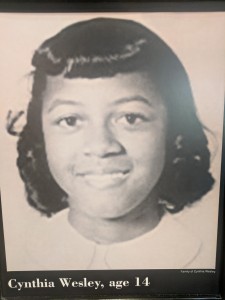 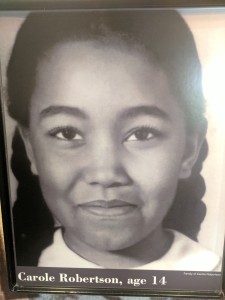 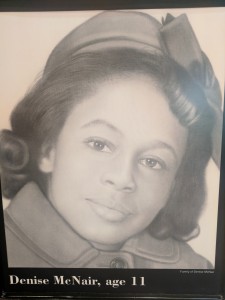